Trending
PM Modi Gives Farmers Freedom to Tap Markets but Not to Access Technology Bt Brinjal: Can Farmers Break the Law to Compel The Govt to Respect Lawful Procedure? Budget Proposals for Use of Drones in Agriculture, Digitisation of Land Records and Organic Farming Lauded Don't Bypass APMC Mandis; Allow Farmers to Sell Directly Outside Them, Say Ag Experts Much of India's Organic Cotton Exports Might be Fake, Reports the New York Times
Agri-biotechnologyBriefingBt technology

In an article in Massive Science, a website devoted to the communication of science to the public, Devang Mehta, a scientist working in the area of synthetic biology explains why he decided against continuing with research in genetic modification (GM) technology. 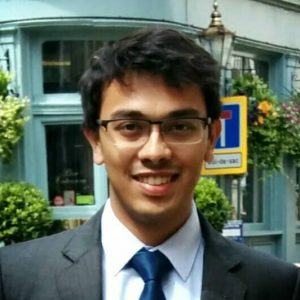 The frustration of being seen as someone doing evil and a shill for Big Agriculture distressed him. The difficulty of obtaining public funding in Europe for crop research based on GM technology and the near impossibility of such crops getting past the regulators into farmers’ fields, no matter how useful or safe, deterred him.

“My first experience of the intensity of anti-GMO belief occurred during a public panel discussion about patenting crops and GMOs (Genetically Modified Organisms) organized by my colleagues,”  writes Mehta. The panel was interrupted by a protester who held GM food responsible for his American friends’ child’s autism.  Despite the panel telling him there was no causal link between the two, “the protester readily dismissed these arguments in favour of what can only be described as a fervently held, conspiracist belief. It really showed how futile researcher’s attempts at science communication can be.”

Mehta was unnerved by the travails of Golden Rice, fortified with beta carotene and developed specially for Asian countries where children develop preventable blindness because of vitamin-A deficiency.  It was in the lab in Zurich where Mehta worked that Golden rice was conceived and created. The scientist behind the project, Ingo Potrykus, started the research in 1991 and produced the first Golden Rice plants in 1999 ─ an achievement that featured him on the cover of Time magazine. Potrykus retired from the university that year, but Golden Rice has only recently been approved in Canada (March 2018) and Australia and New Zealand (December 2017) after a long campaign by its supporters.  In 2013, anti-GM activists vandalized the field of the International Rice Research Institute (IRRI) in the Philippines where its trails were being conducted.

Portrykus’ experience “reads like a cautionary tale for a young scientist,” writes Mehta. “I just cannot find the kind of unreasonable optimism dosed with a spoonful of fatalism that GMO-research in the current climate of public opinion calls for.” Potrykus himself has said that if he had known that Golden Rice would face the kind of stiff opposition it did, he would not have started it.

Indian scientists working on GM technology will understand Mehta’s frustration. Nearly two decades after he began work on GM mustard,  Deepak Pental and his team of scientists at Delhi University have not been able to obtain approval from the government for its cultivation, despite a recommendation from the regulator.  Environment Minister Harsh Vardhan is procrastinating. He is buying time by telling the regulator to review objections that it has already considered and rejected.  Anti-GM activists have attacked Pental personally and portrayed GM mustard as dangerous, even though studies have shown that it is safe.

Mehta blames the scientific community too for not taking the anti-GM activists head on and feeding pseudo-science beliefs by couching their work in terms like  genetic engineering or cisgenics (plants engineered to contain genes from the same or related species as opposed to transgenics, which contain genes from other species).  In India, the dog whistle comments of the well-known agricultural scientist, M S Swaminathan, have fed the anti-GM mood.

(Mehta’s article has been published here in part with permission from Massive).

By vivian fernandes
Why is rain not evenly distributed through the season and why are there long, dry spells and a few…
END_OF_DOCUMENT_TOKEN_TO_BE_REPLACED
0
0
0
Share
Briefing

By vivian fernandes
The shortage of fertiliser, worsened by the war in Ukraine, and sky-high prices is getting people in…
END_OF_DOCUMENT_TOKEN_TO_BE_REPLACED
0
0
0
Share