Trending
Bt Brinjal: Can Farmers Break the Law to Compel The Govt to Respect Lawful Procedure? Don't Bypass APMC Mandis; Allow Farmers to Sell Directly Outside Them, Say Ag Experts Much of India's Organic Cotton Exports Might be Fake, Reports the New York Times Budget Proposals for Use of Drones in Agriculture, Digitisation of Land Records and Organic Farming Lauded PM Modi Gives Farmers Freedom to Tap Markets but Not to Access Technology
Agriculture Policy

If FPCs are pushed with subsidies, they may lose sight of their purpose, as happened with cooperatives, Vilas Vishnu Shinde, Chairman and Managing Director of Nashik-based Sahyadri Farmers Producer Company said. He was speaking in a Zoom interview with Vivian Fernandes. The context was the government’s decision in March to set up 10,000 FPCs by 2027-28 at a cost of Rs 6,865 cr. So far, 7,374 FPCs have been set up with central and state incentives, a researcher at ICRIER, a Delhi-based research organisation said at a seminar on ‘Getting Agri-markets Right,” on 6 July. 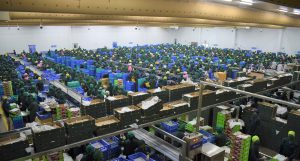 Sahyadri FPC became operational in January 2011. It says it is the top exporter of grapes to Europe. According to Shinde, it exported about 17,000 tonnes of grapes in 2020-21. India exported 2.63 lakh tonnes of grapes that year, worth $306 million, according to Apeda, the official agricultural export promotion authority.

Shinde says farmers cannot act solo; they need collectives like FPCs which can get volume discounts on bulk purchases of inputs, arrange competitively-priced working capital, engage agronomic services for improving quality and yield, and do post-harvest processing and marketing. Sahyadri FPC buys fruits and vegetables from about 8,000 farmers in 131 villages, who between them cultivate about 24,000 acres. In 2020-21, it handled about 1.24 lakh tonnes of horticultural produce.

The FPC began by exporting grapes to Europe in 2014. It now does mangoes, bananas, melon, sweet corn, tomatoes, rice, dry fruits and flowers. The company has processing and packing units in Nashik. It makes fruit juices and tomato paste. It has ripening chambers, a pesticide residue testing facility, soil testing laboratories and weather stations. Shinde says exports fetch much better value that domestic sales, provided quality standards are rigorously adhered to. The FPC has also ventured into retailing. It has five fresh fruit and vegetable stores in Mumbai, Pune and Nashik.

Sahyadri’s marketing focus makes it somewhat of an outlier among FPCs who are mostly concerned with the aggregation of farmers’ produce. Many of them are single commodity FPCs; but farmers grow more than one kind of crop as a hedging strategy. 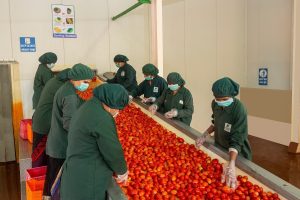 FPCs that don’t invest in marketing are taking a gamble, says Shinde. Many of them don’t invest in post-harvest operations because they don’t have the vision and lack talent, technology and capital. Sahyadri has engaged outside talent. It pays these employees market-based salaries.  Its capital comes from sale of share to members and retained profits. Members also contribute as per their grape acreage for post-harvest infrastructure in the company. Sahyadri has a paid-up capital of Rs 55 cr and Rs 101 cr in reserves. The company has 726 individual and 48 corporate (producer companies) shareholders.

Sahyadri has deployed blockchain technology to trace its products to the farms they come from. This is to assure customers. It follows globally accepted good agricultural practices (GAP). It is particular about pesticide residue management, having learnt the hard way. In 2010, before the FPC was established, Shinde had to incur a loss of Rs 7 cr when European buyers rejected his consignment of grapes, which tested positive for a prohibited plant growth regulator. The government lab which did the testing did not have a test for the growth regulator and the consignment went through. Shinde says he bore the loss himself, as he was trading in his individual capacity (unlike other exporters who passed on the losses). “It was a test of my values,” he says. That episode created trust among the group of 140 farmers he was associated with who went on to form the FPC.

Shinde’s own experience also prompted him towards a farmers’ collective. A post-graduate in agricultural engineering, he had suffered losses as a dairy farmer and a grower of grapes and exotic vegetables. He had landed in a debt trap by borrowing at 4 percent a month. A Dutch buyer of grapes cheated him, but a buyer in the UK offered him price assurance provided he supplied quality grapes. Those were useful learning experiences.

You may listen to the interview here.