Trending
Much of India's Organic Cotton Exports Might be Fake, Reports the New York Times Budget Proposals for Use of Drones in Agriculture, Digitisation of Land Records and Organic Farming Lauded PM Modi Gives Farmers Freedom to Tap Markets but Not to Access Technology Bt Brinjal: Can Farmers Break the Law to Compel The Govt to Respect Lawful Procedure? Don't Bypass APMC Mandis; Allow Farmers to Sell Directly Outside Them, Say Ag Experts
Agriculture PolicyBiodiversity

By vivian fernandes
0
0
0
Share
An insect hotel at a Bayer Forward Farm in Damianshof, Germany. Photo by Vivian Fernandes.

Vivian Fernandes meets three piggery farmers in Germany who are active on social media. They find EU farming rules a deterrent to their children taking up farming and want to have a say in policy.

Some German farmers have taken to social media to influence government policy and also educate the public as regulations for the preservation of biodiversity and the promotion of animal welfare get stricter with the rise of the Green Party. In the European Parliament Elections in May, the party came second after Chancellor Angela Merkel’s conservative bloc. In an opinion poll that followed, it did even better and got the top position. 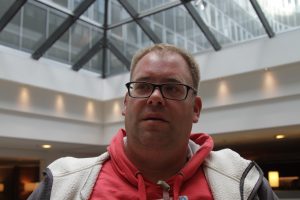 “I feel my children should also be doing farming but if the rules become tougher they will not want to farm,” says Marcus Holtkotter, 42, who has 150 hectares of farmland across two plots a kilometre apart in the province of North Rhine-Westphalia, about 20 km from the Dutch border. His family has been farming for about 300 years. “It is normal in our region”, he says. His blog is  www.Holtkoetter-Agrar.de. His twitter handle @BauerHolti has about 2,900 followers.

Holtkotter rears 200 pigs at anytime for meat. He feeds them winter wheat, winter barley and maize which he grows on his farm. He also buys (genetically-modified) maize and soymeal which are imported from the US. These are now allowed to be cultivated in the EU.

“In the EU we get a per hectare subsidy if we grow something. It is euros 260 (Rs. 20,630) per hectare.” To be eligible farmers have to follow rules They must do crop rotation and plant cover crops like oilseed rape, mustard, rye but not wheat or barley, and some grasses but not alfalfa. There is a lot of documentation for use of fertilizer and pesticides so that the environment is not harmed (unlike the carelessness of application in India).

The rules regarding the use of antibiotics are strict. They are only prescribed for the animal that is sick. They cannot be given to other animals.

Holtkotter says prices of pork have firmed after three years, following an epidemic of African swine fever in China. That country’s trade war with the United States has also helped German pork exports. 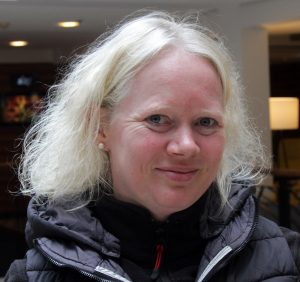 Nadine Henke is a veterinarian who is assisting her husband in rearing piglets, which they sell 10-11 weeks after birth when they are about 30 kg each. They wean about 42,000 piglets a year. Other buyers fatten these for another 100-110 days before slaughter when they are about 130 kg.

Henke agrees that piggery has turned profitable after the outbreak of African swine fever in China. She is getting about 48 euros (Rs. 3,808) per piglet up from 28 euros last year. This is the price for a standard piglet of 25 kg. She is paid extra for more weight. Henke says 42 euros is the breakeven point.

Henke has a blog, www.brokser-sauen.de and her twitter handle is @BrokserSauen.  She is also on Facebook and occasionally does Youtube videos. She writes with the consumer in mind, she says, but her opinions are more about politics than farming. “The rules affect us. We have a lot of discussion in Germany about castration of piglets, tail docking and sows in cages.” She admits that when the sows are in cages they can barely move.  But they are in that condition for a brief while, during artificial insemination and when they are farrowing (for about a month). Activists want the sows to be allowed to move. Henke thinks this will raise the piglet mortality rate. Currently, about 10 percent get crushed and killed. If the sows get more wiggle room, the mortality rate could rise to 25-30 percent, she says

The regulations are tough for small farmers. There are basic EU rules and above them there is a layer of German rules. The big buyers are fussy about animal welfare. They inspect chicken coops, for example, for chick feet impressions. If they find any they deduct payments to suppliers as they want dry floors. Pigs are checked for lung fibrosis and milk spots on the liver caused by worms. If they test negative, the farmers lose money.

Bernhard Barkmann is another farmer-blogger. He writes on agriculture, politics, and pigs.  He has 1,500 fattening pigs and 150 bulls for beef.  He is from Lower Saxony just 20 km from the Dutch border.  He has about 50 hectares. He grows maize, winter barley, rye and rapeseed to feed his pigs and cattle. His farm has a history dating back to 1553 A.D, he says. 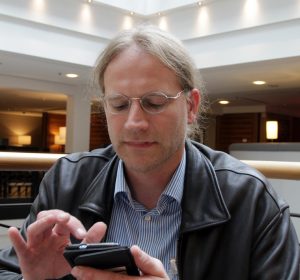 One of the problems that Barkmann has to grapple with is pig manure. There is an overproduction of it in the region. He pays 10 euros to dispose of 1,500 cubic metres to the biogas plants. But the dung of beef cattle being rich in nutrients is more in demand. He does not have to pay farmers to lift it; they do it on their own.

Barkmann says it costs 1,500 euros to lease a hectare of farmland in his region and about lakh euros to buy it. Agriculture cannot be profitable at those  rates, he says. He gets a per hectare subsidy of 300 euros. He finds rearing pigs and beef cattle profitable in most years.

“I blog because of the rules on agricultural policy,”  Barkmann says. He, Henke, Holtkotter and another partner have set up a firm called Agchat.de to connect farmers with communicators of agribusiness.

Perhaps Indian farmers should also become active on social media and publicize their views and experiences. If some of them manage a large following they might be able to influence government policy and provide a counterweight to activists, many of whom seem to have their motivations.

(Top photo is of ‘Insect Hotel” at a Bayer Forward Farm at Damianshof in Germany.  All photos by Vivian Fernandes).