Trending
Bt Brinjal: Can Farmers Break the Law to Compel The Govt to Respect Lawful Procedure? Much of India's Organic Cotton Exports Might be Fake, Reports the New York Times Budget Proposals for Use of Drones in Agriculture, Digitisation of Land Records and Organic Farming Lauded PM Modi Gives Farmers Freedom to Tap Markets but Not to Access Technology Don't Bypass APMC Mandis; Allow Farmers to Sell Directly Outside Them, Say Ag Experts
Agriculture PolicyBriefingHybridsRice

Bihar’s election scene is lush with issues pertaining to identity and development with leaders counting on promises, performance, equations ─ caste and communal ─ and the missteps of rivals to fetch them a rich crop of votes, but its agricultural landscape is likely to turn in a poor harvest this kharif season.

Rains have failed the state. Precipitation for the three months ended 30 September was 742 millimetres. This is twenty-eight percent short of normal rainfall and is in line with the trend this half-decade. Except in 2011, when there was a three percent excess, the state has been in deficit ranging from seventeen percent to thirty percent in four of five years. 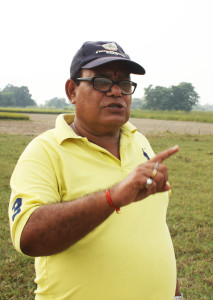 Driving through Muzaffarpur, Vaishali and Samastipur districts of Bihar one could see distress in fields. Rice plants were upright when they should have been bent with heavy ears of rice. One scientist estimated the yield would be a third less this year.

With weather turning erratic some farmers had changed cultivation practices.   N K Singh, chief scientist (rice) and professor at RAU, is advising the more progressive among them to do direct seeding of rice in wet fields like their elders used to do before the Green Revolution. That was a strategy to cope with flooding in the chors or bowl-shaped lowlands. Farmers would throw a mix of seeds. They would harvest rice if rainfall was adequate or jowar and moong if it fell short.

But direct seeding now being advocated is to cope with drought. ‘Grow rice as if it were wheat,’ Singh tells farmers. He is working together with the Borlaug Institute for South Asia (BISA) which has one of its three India research stations at Pusa.

Direct seeded rice (DSR) was not possible so long as new-age herbicide molecules that are environmental benign, were not available. That was the reason paddies were flooded with stagnant water to kill weeds. But with chemicals like pendimethalin and bispyribac sodium available rice can be directly sown with or without ploughing, either manually (dibbling and broadcasting) or mechanically with zero-till machines or ‘Happy’ seeders.

‘DSR saves me fifty percent of the cost of labour, fertilizer and water,’ says Pappu Singh, 42, of Bhishapur Digambara village in Samastipur. That is because he does not have to spend on tractors and workers to puddle the fields and transplant the rice. He has sown rice directly on eight acres.

DSR is high on the agenda of the Borlaug Institute for South Asia, which is a joint effort of the Indian Council of Agricultural Research (ICAR) and the Mexico-based International Maize and Wheat Improvement Centre or CIMMYT (after its Spanish initials). 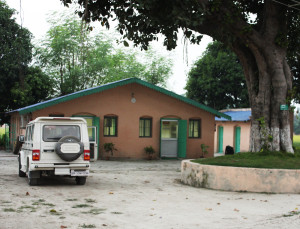 The Pusa station has enrolled 126 farmers in nineteen villages of Samastipur and Vaishali districts this year. In all they have 290 kattas under DSR, ranging from three kattas to forty four kattas each. Average farms in this part of the country are small and the patches are also scattered. (Twenty two kattas make an acre).

Satish Dwivedi, 53, of Chandpura in Muzzafarpur district has twenty five acres under DSR in three parts. The son of a maths professor, he has persuaded other farmers in the village to adopt it. In all about 150 acres is under DSR, but a tenth has gone bad, says Dwivedi because some growers lacked discipline. Herbicides need moisture to take effect.  Some farmers irrigated their fields with a lag after spraying, so the weedicides were not effective. Other did not laser-level the fields; the irrigation was uneven and patches that were not wet have clumps of weeds. 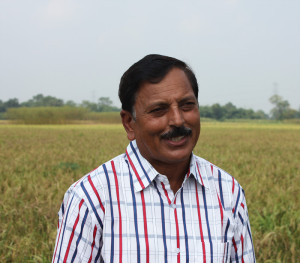 Satish Dwivedi has persuaded other farmers to DSR. Photo by Vivian Fernandes.

Sudhir Kumar Pandey of Bishanpur Bakhri village of Muzaffarpur district says he made a mistake by not using pre-emergent herbicides because of which he had to spray chemicals twice after sowing, and also de-weed manually. That has raised his cost. Pandey has fifteen acres on most of which he grows cash crops like ginger, turmeric, yam, potatoes, maize and lime.  ‘If it were not for DSR, I would not have grown rice,’ says Pandey. His neat picture postcard-like village with paved streets and cemented drains announces its caste affiliation with a ‘Bhumihar Tola’ signpost at the entrance.

‘My experience with DSR has not been good because nature has not been supportive,’ says Ravindra Prasad Yadav, 48, of Senduari village in Vaishali. He could not give the required irrigations so a part of his crop failed to germinate.

For Musafir Rai, 72, of the same village, who retired from the Army’s electricity department, the monsoon season has been a wasted one. He did DSR but the crop failed despite four irrigations. ‘Last year I had a nice rice crop but this year I have lost big,’ he says. Four irrigations should have been enough. Why his crop failed requires investigation.

Rai planted Rajendra Bhagwati, a short duration aromatic rice variety developed by N K Singh and named after his university and favourite deity. It is quite popular in these parts. It is ready for harvest in 120 days, which means less irrigation. But even directly sown short duration rice requires a few irrigations. With diesel costing Rs 50 a litre, using groundwater is just not economical. The state has 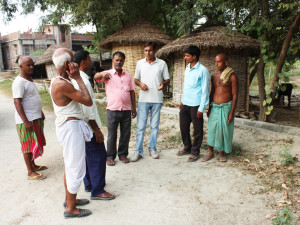 Farmers of Vaishali’s ‘climate smart’ Senduari village were not happy with DSR this time. They got good results from last rabi’s zero-till wheat. Photo by Vivian Fernandes.

installed a common tube well and pumping station in the village but village folk complain the operator does not turn up. There is not enough social cohesion for people to unite in protest and compel the operator to do his job. 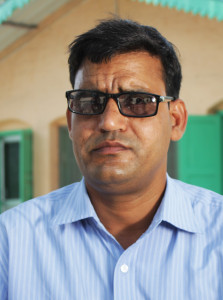 At the Bisa campus in Pusa, the rice fields are dense with grain. Raj Kumar Jat, the scientist in charge of the station expects to harvest 4.5 to seven tonnes a hectare depending on the rice variety. He asserts there is no difference between the methods his team has employed and those recommended to farmers, except that at the research station, they follow processes diligently. He gave three irrigations to short duration rice varieties and five to long-duration ones. He says farmers tend to second guess the advice they get and blame scientists and extension workers when things go wrong.  They also unwisely use the wrong tools. For instance, a spray pump with a single nozzle does an uneven job as against a boom with three nozzles.

Direct sown rice is one of the five components of climate smart villages which agencies like the Indian Council of Agricultural Research and BISA are promoting so that poor farmers are assured of income, food and nutrition security while using resources frugally. No-till wheat; planting in raised bed for efficient use of water and fertiliser; and introduction of a pulses crop like moong in the rice, wheat and maize cropping system (to enrich the soil with atmospheric nitrogen) are other components. 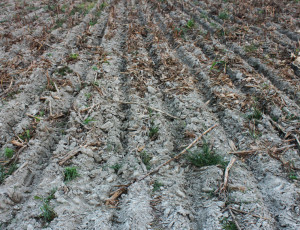 Raised beds are efficient in water and fertiliser use. Photo by Vivian Fernandes.

The Bihar government has wanted 40,000 acres under DSR this year. It is unlikely to meet the target. Government departments just do not have the drive despite self-motivated leaders like the university professor mentioned earlier.

It might sound like heresy, but for DSR to take off, it must be adopted by herbicide companies. Both water and labour are in short supply. Farmers are keen to adopt low-cost technologies. But they need to be coached in the right methods. Herbicide companies can do that. With larger volumes they can also afford to cut prices. The widespread adoption of Bt cotton across the country and that of corn hybrids by Bihar farmers during the rabi season, with high levels of productivity suggest that private companies must directly steer DSR.

(This piece was also published in the Financial Express on 31 October, 2015)

(Top photo: long ears of rice at Bisa farms in Pusa.  In October 2015, the institute hoped to reap 4.5 tonnes to 7 tonnes a hectare.  Photo by Vivian Fernandes).