Trending
Budget Proposals for Use of Drones in Agriculture, Digitisation of Land Records and Organic Farming Lauded PM Modi Gives Farmers Freedom to Tap Markets but Not to Access Technology Bt Brinjal: Can Farmers Break the Law to Compel The Govt to Respect Lawful Procedure? Don't Bypass APMC Mandis; Allow Farmers to Sell Directly Outside Them, Say Ag Experts Much of India's Organic Cotton Exports Might be Fake, Reports the New York Times
Agriculture Policy

Needed: A Budget for Agriculture That Will Make it Climate Smart

Indian agriculture needs a budget that will make it resilient to climate change. This needs to be not only articulated but also backed with outlays. Sustainability depends on the choice of crops, farming practices and technology options.

The Green Revolution has made the world and India self-sufficient in food. Agricultural scientists like Deepak Pental, the former vice-chancellor of Delhi University say that pre-1900 agriculture would not have supported more than 3.5 billion people with the land currently under cultivation. According to him, the invention of the process in the first decade of the last century to make ammonia (fertiliser) from nitrogen in the air, mechanisation, agrochemicals, and breakthroughs in plant breeding have enabled the world’s farmers to feed the current population of 7.8 billion.

NITI Aayog Member Ramesh Chand says between 1965 and 2015, India’s food production expanded by 3.7 times while its population increased by 2.55 times. India is not only self-sufficient; it is an agricultural exporter as well. Yet support for green revolution technologies in the country is diminishing. People who should know better think that our country was always able to feed its people with traditional agriculture, forgetting that before the Green Revolution India was dependent on American food aid.

Even the government has been harping on Zero-Budget Natural Farming (ZBNF) with little evidence in support. In her July 2019 Budget speech the finance minister said: “We shall go back to basics on one count: Zero Budget Farming.” The Indian Council of Agricultural Research (ICAR) set up a committee under the chairmanship of the Vice-Chancellor of Telangana State Agricultural University study the claims made for ZNBF.  After own trials and an extensive review of the literature, its verdict is that ZBNF causes yield reduction.

The government has also been fascinated by paramparagat or traditional agriculture. The 2016-17 budget proposed to bring half a million hectares under traditional farming over three years. It has also been hung up on organic farming. These are niches, but they cannot be the mainstay of agricultural policy.

This does not mean we can continue with agriculture as it is practised. Green revolution technologies are input intensive. The high-yielding varieties of rice, wheat, maize, and sugarcane respond well to inputs of water and fertiliser to deliver abundant yields. But climate-smart agriculture would require us to get more from less – less land, water, fertiliser, fuel, and crop-protection chemicals. In the 2020 budget speech, the finance minister spoke of sustainability and the judicious use of chemical fertilisers. That should be the objective.

Shrinking arable land under pressure from rising population and expanding urbanisation makes ‘sustainable intensification’ a necessity. Chemical fertilisers will need to be used, but in a manner that helps soil retain its vitality. Growing a crop of legumes like mungbean after rice and wheat or adding farmyard manure helps. Integrated pest- and disease-management practices will reduce the use of crop-protection chemicals while delaying the onset of resistance to them. 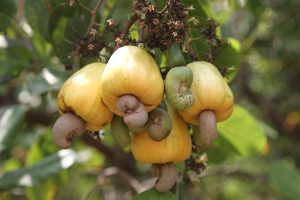 Like farmers in the advanced countries, our farmers will have to follow Conservation Agriculture (CA) practices. Not tilling the fields or tilling them minimally helps conserve soil moisture, prevents oxidation of organic carbon, and preserves beneficial organisms like earthworms. Averted tractor usage reduces greenhouse gas emissions while saving fuel costs.  Planting the next crop while retaining the previous crop’s stubble and straw in the field to degrade over time, raises the soil’s organic carbon content, improves its texture and water-retention capacity, and creates a favourable ecosystem for beneficial microbes.

If procurement of paddy at minimum support prices were linked to irrigated water usage per tonne, common rice procurement would shift from dry Punjab to the eastern states which get abundant rainfall and use less of groundwater. It might also nudge Punjab farmers to opt for less water-intensive direct seeding, instead of transplanting rice in puddled fields.

Zero-till wheat and direct-seeded rice could even earn farmers carbon credits. Such an exercise is being tried out this year in four districts of Punjab on about 5,000 acres by CIMMYT (International Maize and Wheat Improvement Centre, Mexico) and Grow Indigo of Mahyco, a company based in Jalna, Maharashtra. The farmers will be paid $15 per carbon credit (one tonne of Co2 equivalent). According to CIMMYT’s ML Jat, a farmer would be about to earn four carbon credits (Rs 4,000 plus) per hectare.  It is an idea that needs amplification and a budget outlay.

With weather patterns changing, crops will have to be resilient to withstand prolonged dry spells, excessive rainfall or tolerate salinity in the soil. If this cannot be achieved through conventional methods, we might have to genetically engineer plants with the desired genes imported from other species. But India has shut itself to genetic modification (GM) technologies, after approving just one GM crop for cultivation in 2002. Available GM technologies would have helped us raise mustard yield through efficient hybrids, deal with the scourge of fall armyworm, and avert losses caused by borers to soybean and pigeonpea. Frustrated, many companies have shut their agri-biotechnology programmes, while agricultural universities continue to train students in the discipline with little prospect of placing them in positions that would profit from their learning.

Even as I write this, I read a Reuters news report that China has published trial rules for the approval of gene-edited plants. And Brazilian scientists have gene-edited sugarcane to be more ‘digestible’ and yield more sucrose for ethanol production. India published draft genome-editing guidelines in January 2020. They have not yet been finalised.

We also need to make our agriculture market-oriented. The current system of assured procurement of wheat, rice and sugar at government-determined prices leads to excessive production. Subsidised electricity and fertilisers result in over use. Some experts have suggested that if input prices were freed up and farmers were given direct income support instead, our farm production would become aligned with market demand. Procurement in such a case would be limited to just what is needed for supply to the poor through ration shops.  Trade, both internal and external, should be free, with government intervention only when absolutely needed.

Previous budget speeches have emphasised some aspects of climate-smart agriculture. There have been schemes for soil health cards, bringing green revolution to eastern India and getting more crop per drop from micro-irrigation.

The 2015-16 Economic Survey listed crops according to their private and social returns in the chapter,” Agriculture: More from Less.” For chickpea (chana), lentil (masoor) and black gram (urad) the social returns in terms of reduced water and fertiliser use were higher than the private returns to farmers. They were also more nutritious. It was the opposite with wheat, rice and sugarcane.

The 2017-18 Economic Survey has a chapter on climate change and agriculture. It said the impact of high temperatures or excessive rainfall would be pronounced on unirrigated agriculture. This could be mitigated in a situation of water scarcity, by the extension of micro-irrigation. It said agricultural research will be vital to increasing yields but also to increasing resilience “to all the pathologies that climate change threatens to bring in its wake: extreme heat and precipitation, pests, and crop disease. The analysis shows that research will be especially important for crops such as pulses and soyabean that are most vulnerable to weather and climate.” It suggested that we “embrace agricultural science and technology with renewed ardour”.

(Top photo only for representation)