Trending
Bt Brinjal: Can Farmers Break the Law to Compel The Govt to Respect Lawful Procedure? Budget Proposals for Use of Drones in Agriculture, Digitisation of Land Records and Organic Farming Lauded PM Modi Gives Farmers Freedom to Tap Markets but Not to Access Technology Don't Bypass APMC Mandis; Allow Farmers to Sell Directly Outside Them, Say Ag Experts Much of India's Organic Cotton Exports Might be Fake, Reports the New York Times
Agriculture Policy

Agriculture Minister Radha Mohan Singh has been harping on organic farming. He wants India to pursue it with the zeal of the Green Revolution. But organic farming is for the classes. It’s low productivity agriculture, which must compensate farmers with premium pricing. Safe, residue-free food, grown with a mix of chemical fertilizer and organic manure, is what will feed India’s growing population. Vivian Fernandes travels to Pune to report on two real estate groups joining hands to practice residue-free farming.

Few companies venturing into the retailing of fresh vegetables will forego the tag “organic,” which is a short-cut to higher pricing. But Nilesh Palresha of Pune’s VTP real estate group believes “residue-free” can do the trick as well. He sees a big opportunity in branded fruits and vegetables. But a market survey revealed that “people had a preconceived notion that organic is not flavourful.” That’s surprising. The conventional notion is that organic is tastier because it is not artificially boosted with chemical nutrients and other enhancers. His other reasons are more believable: organic is expensive to grow because yields are less and it takes at least three years to get a farm certified as such. 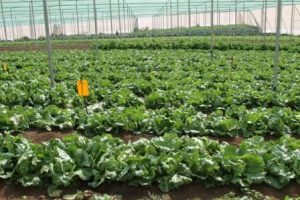 In association with another builder, Rairah, the VTP group is doing agriculture on a farm spread over 100 acres at village Malthan, 50 km from Pune, off the highway to Ahmednagar, near the industrial enclave of Ranjangaon. “Farm” does not accurately describe it. Twelve poly houses ranging from a third of an acre to two acres are located at the cusp of two hills. In all they occupy eight acres. Twenty-seven types of vegetables are grown in them to satisfy the demand for exotic and off-season vegetables all through the year.  The soil on the hills is rocky and shallow with little water retention capacity. For some of the poly houses, earth had to be brought in.

Farm yard manure is used to improve soil texture, encourage the growth of beneficial microbes in soil –which help plants absorb nutrients–and build resilience in them to pests and diseases. Drip irrigation reduces water use and keeps disease-promoting humidity low.   Water-soluble chemical fertilizers boost yield. When the pest count goes above a threshold level (measured with the help of sticky films) pesticides are sprayed.

Residue-free does not mean absence of pesticide traces; it is just that they are below the level that can cause harm to humans. To ensure this, there has to be a gap between spraying and harvesting. Vegetables sprayed with neem oil and garlic extract can be harvested immediately. For Imidachloprid, an insect neurotoxin used against sucking pests, the safe period between spraying and harvesting is five days for vegetables. For grain, it is longer – 21 days.  Dichlorovas, an organophosphate should not be sprayed six days before harvesting. It is used against larvae that prey on leafy vegetables like cabbage.

Integrated pest management practices are also followed on the farm says Vinod Gunjal, who looks after operations and supply. A family of vegetables is not grown successively in the same poly house in order to break a pest’s life cycle. Pak choi, or Chinese cabbage, and iceberg lettuce belong to one family. They are attacked by sucking pests. Once harvested, they exchange places with okra, cluster bean and French bean, which tend to attract larval insects.

Crops have to be planted in such a manner as to ensure continuous supply. Palak or spinach has a life span of three months.  So another patch is sown with it when the crop in the first patch is two months old. Brocolli, iceberg lettuce and red cabbage have to be planted every 10 days. They take two months to grow and are harvested within ten days. The planning and cultivation have to be like clockwork.

Gunjal says demand is growing. Vegetables, branded Earth Food, are delivered to homes and large retailers three times a week. Supply has increased from about three tonnes a month, one-and-a-half years ago to about 18 tonnes now. Prices are about 20 percent higher than those prevailing in the market. These are justified because they are sorted; so there is little wastage. 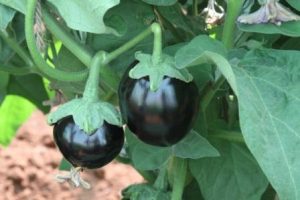 Brinjal being grown in a polyhouse of Earth Foods, Pune. Photo by Vivian Fernandes.

About 40 acres has been planted with mango. A one-acre hydroponics farm is also being established at a cost of Rs 1.5 cr. Despite the high upfront investment, soil-less agriculture is paying because its productivity is six times higher than that of conventional protected agriculture in poly houses. There is also no loss to pests and diseases.

In course of time the Malthan farm will be converted into an eco-tourism resort where the city-bred can spend time in nature and also dabble in agricultural activities.

To keep up with demand, two new farms are being set up. The 230-acre farm at Belwandi village in Ahmednagar district is devoted to pomegranates, vegetables and spices. At the 35-acre plot in Talegaon, a dairy farm is planned. 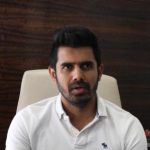 The farm and the products are certified for good agricultural practices by a Germany-based organisation called Global G.A.P. It prescribes food safety and sustainability standards for voluntary compliance. The audit is done on 220 points, says Palresha. The certificate is a passport to European markets, though Earth Food is not exported yet.

Residue-free is what India should aim at. As Richard Van Der Merwe, the Vice-chairman and Managing Director of Bayer Crop Science said at a recent press conference, “There a role for organic farming. But it is a niche. You cannot feed 10 billion people with organic farming.” That will be world’s population in a few decades. Europeans can afford to be fastidious and organic, he said, because they are wealthy.

Organic fits well with the nativist and anti-science mood that is billowing across the country. The Leftists deride high-input, high-output Green Revolution technologies for allowing private corporates and multinationals to “colonise” Indian agriculture. Nativists like Agriculture Minister Radha Mohan Singh, steeped in the RSS culture, are peddling organic and superstition like “yogic farming” because they see science as western –to be shunned. They forget that organic agriculture left us hungry and dependent on American shipments 50 years ago.

By vivian fernandes
On the 13 May, India banned the export of wheat despite asserting that 10 million tonnes would be…
END_OF_DOCUMENT_TOKEN_TO_BE_REPLACED
0
0
0
Share